ACU-Mercosur PTA a loud sounding nothing? 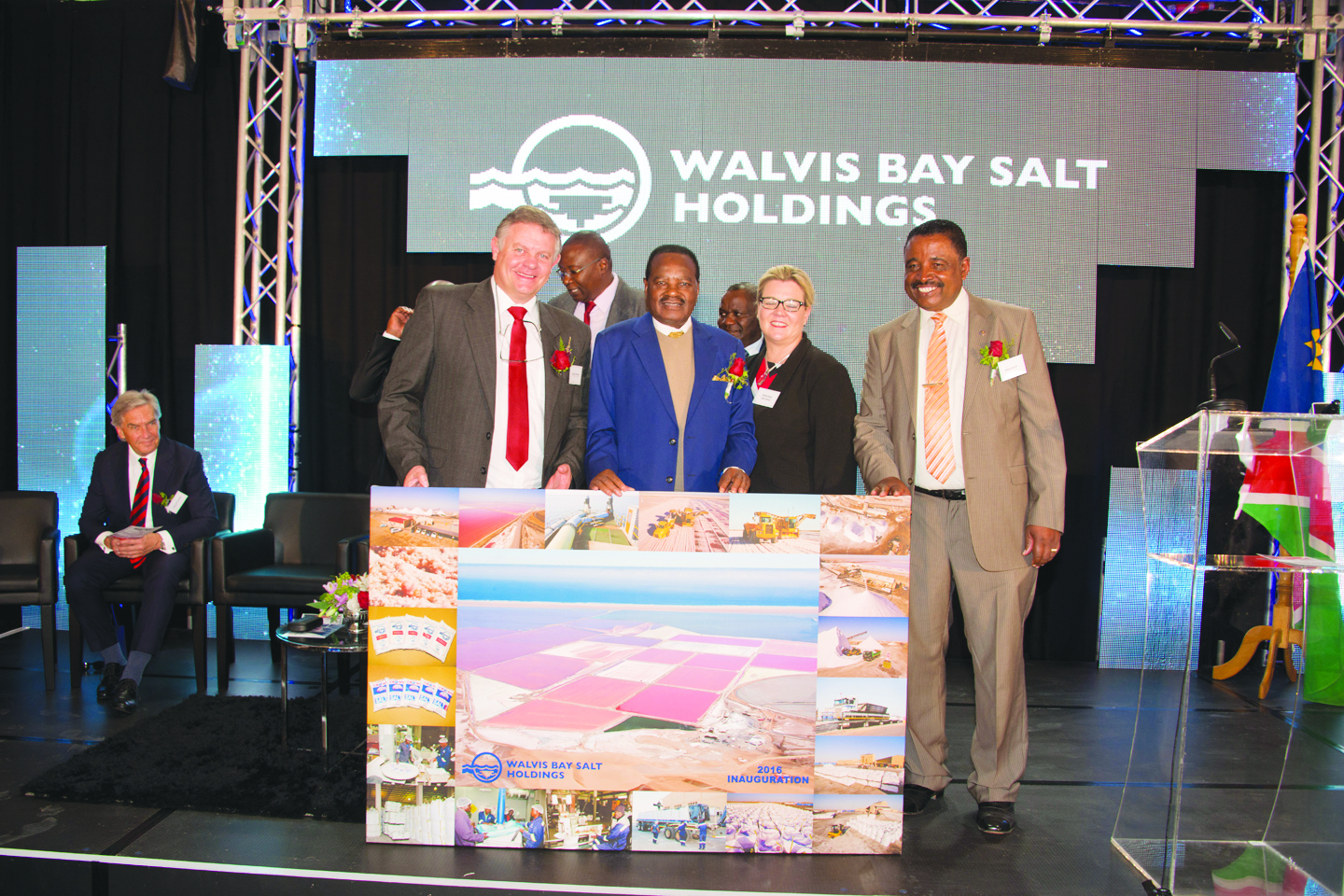 The Preferential Trade Agreement between MERCOSUR and the Southern African Customs Union (SACU) member states which finally entered into force on 1st April is likely to be a loud sounding nothing as Namibia faces difficulties with its exports into the South American bloc.
Namibia stands to benefit from its salt exports which is the second best in the world after Egypt’s but Walvis Bay Salt Holdings Managing Director, Andre Snyman, discloses to this publication that the Merchant Marine Tax being charged on Namibia is encumbering trade in salt and government has been exhorted to intervene and negotiate with the Brazilians.
“The major challenge being faced is the AFRMM (Merchant marine Tax), which is applicable to goods imported into Brazil from non-MERCOSUR countries. The AFRMM tax is 25 % on the freight value paid. Given the low value of salt and the relatively high value of the transport in comparison to the salt value, salt ex Namibia pays the AFRMM tax whereas salt ex Chile does not incur AFRMM taxes in Brazil because Chile is an Associate-Member of Mercosur . We have made official requests via the Namibian government to the Brazilian government to remove the SAFRMM tax on salt imports ex Namibia to Brazil.  However, to date we have been unable to get AFRMM tax removed on bulk salt shipments ex Namibia to Brazil,” says Snyman.
He confirms that under the SACU / MERCOSUR PTA, coarse salt in the block has received a 100% reduction of the standard salt import duty, which used to be 4% but is now waived (reduced to zero), whereas, for refined salt, the import duty is reduced from 4 % to 2 % (i.e. import duty is cut in half).
Of the exports Namibia can send into the MERCOSUR bloc, salt has a potential to get a niche market yet the prospects of reduced tariff trade seem to be mud-slung by the AFRMM tax.
“We are working on trying to break into bulk salt sales to Brazil as there is potential for bulk salt shipments ex Namibia. There is a potentially good market in Brazil with ongoing demand,” Snyman tells this publication.
Asked on whether he shares the optimism of an eventual free trade arrangement which the agreement initially envisions, the Walvis Bay Salt Holdings M.D says,” I am reasonably confident that we can break into the Brazil salt market but it will take more effort and a lower price than our traditional markets in order for trial orders to be obtained. Over the last 15 years, we have done substantial investigations into freight opportunities to Brazil and now have contact with ship owners / operators who are very specialized in shipments into Brazil and can offer good sea-freight rates.”
Meanwhile, at time when Uruguay and Paraguay are allowed to import into the SACU market a total of 500 tonnes of de-boned beef there seems to be nothing much in the agreement for Namibia since the country is also a net exporter of beef while there is the likelihood of the local  market being threatened.
However, former senior trade advisor at the Agriculture Trade Forum Rejoice Karita is optimistic that there is a relative protection of the local market due to the quota granted to Uruguay and Paraguay remaining subject to an import tariff.
“It is true that the MERCOSUR countries are more cost effective in the production of beef, purely just by their production environment. It is however not foreseen that the preferential market access granted to Mercosur, particularly to Paraguay and Uruguay, is significantly likely to affect Namibia’s beef sector negatively. The quotas granted will still be subjected to an import tariff, albeit slightly reduced. Hence, there will still be relative protection for the Namibian beef sector. Consequently, the 250 tons from Paraguay or Uruguay will be subjected to a tariff of around 30%,” says Karita.
Karita submits that any possible negative effects arising from the tariff rate quota granted to Paraguay and Uruguay are likely to be compensated by gains from the lucrative USA and Chinese markets as well as the EU where the country exports about 80% of its beef production.
Further the fishing industries of Argentina and Uruguay are well established to the point that Namibia’s chances of gaining on Hake exports are from slim to none which makes the benefits of the preferential trade agreement on Namibia questionable.
In the same vein, it seems Namibia is not keen in the short term to begin Horse Mackerel and Hake exports to Brazil or Uruguay and Paraguay which makes the agreement not holding any water for Namibia.

About the Author: WALVIS SALT Admin